Just a reminder that if you want it for Christmas you need to get your order in by 1pm tomorrow and your gifts will be dispatched the same day.

Don't worry though, Kate decided to keep me to give away as a special prize this Christmas. All you need to do to get me is:

Good look everyone and hurry up, it's a bit chilly for a Minion in Kate's big warehouse at night...

Are they pestering you for Disney's Frozen this Christmas?

We knew that Frozen was going to be big this year, but we didn't know it would be this big. Frozen is already a breaking new records at the box office with the animated cartoon grossing a staggering $1.1 Billion for Disney

The Elsa and Anna characters are the most popular world-wide with some limited edition dolls fetching as much as £1000 and the soundtrack has topped the charts for thirteen weeks. It doesn't stop there either, celebrities are paying £500 for a Frozen-themed party and this year "Let it Go" the Frozen theme tune, has been brilliantly is set-up in lights on You Tube and topped 4 million hits


So which Frozen products are customers kids bugging their Mums and Dads for this year? Kate Malt, the owner of Love Kate's said:


"We've sold so much Frozen stuff for Christmas this year. The Frozen Cupcake making set is really popular and we've sold out of the Elsa and Anna Dinner set twice.  The Disney Frozen Christmas Card range is selling fast too, especially little Olaf,"

Kate's having competitions all over Christmas this year and, by popular demand, she's giving away another Boofle.  Don't you think Boofle looks cute in his Father Christmas hat?  He could be with you by the Weekend.  RETWEET or SHARE now...

See you on Facebook for the Christmas Boofle Giveaway


See you on Twitter for the Christmas Boofle Giveaway

The Best Christmas Card in the World

Are you searching for that unforgettable cards for someone really special? Well, at Kate's you'll find plenty of wonderful Christmas cards to choose from, like this luxury Santa card in fabulous 3D.

More of a present than a card, whoever's lucky enough to get this luxury 3D Pop-up Santa card will want to keep it forever.  So, click into Kate's now and find out why we're top of the Pop-ups.

Our regular visitors will already know that Kate's an Official Boofle seller, but what they might not know is that Kate finds Boofle deals for her customer that you wouldn't believe.

This year is no exception and Christmas at Kate's means that you can get ten lovely Boofle Christmas cards for just £4.99. 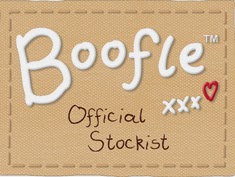 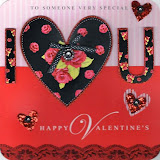 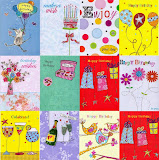 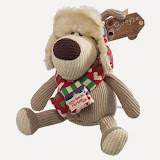